MAP South Hockey is extremely proud and excited to announce the hiring of our new DIRECTOR OF GIRLS LEADERSHIP DEVELOPMENT AND PLAYER RECRUITING, Kristi King.

Kristi brings a strong resume of achievements as both a player and a coach. The Stillwater HS grad played six seasons on the varsity team for the Ponies that included one State AA Consolation and two Class AA State Championships. She went to play at the Division 1 college level for the University of Maine and Bemidji State University.

King got her coaching start at Centennial HS at 21 years-old and was instrumental in a massive program turnaround. Over the course of six seasons on the coaching staff (five as Head Coach), she accumulated a 92-42-6 record. Her final season with the Cougars in 2017-18 was one for the record books - undefeated conference record for the first time in program history, first section title in 10 years, and first State Championship berth (lost to Edina 2-1). She then was hired as Assistant Coach at the University of St. Thomas in 2018-19 where the accolades continued to pile up. The Tommies posted a program-record 25 wins en route to a MIAC Regular Season and Playoff Championship and trip to the Frozen Four. 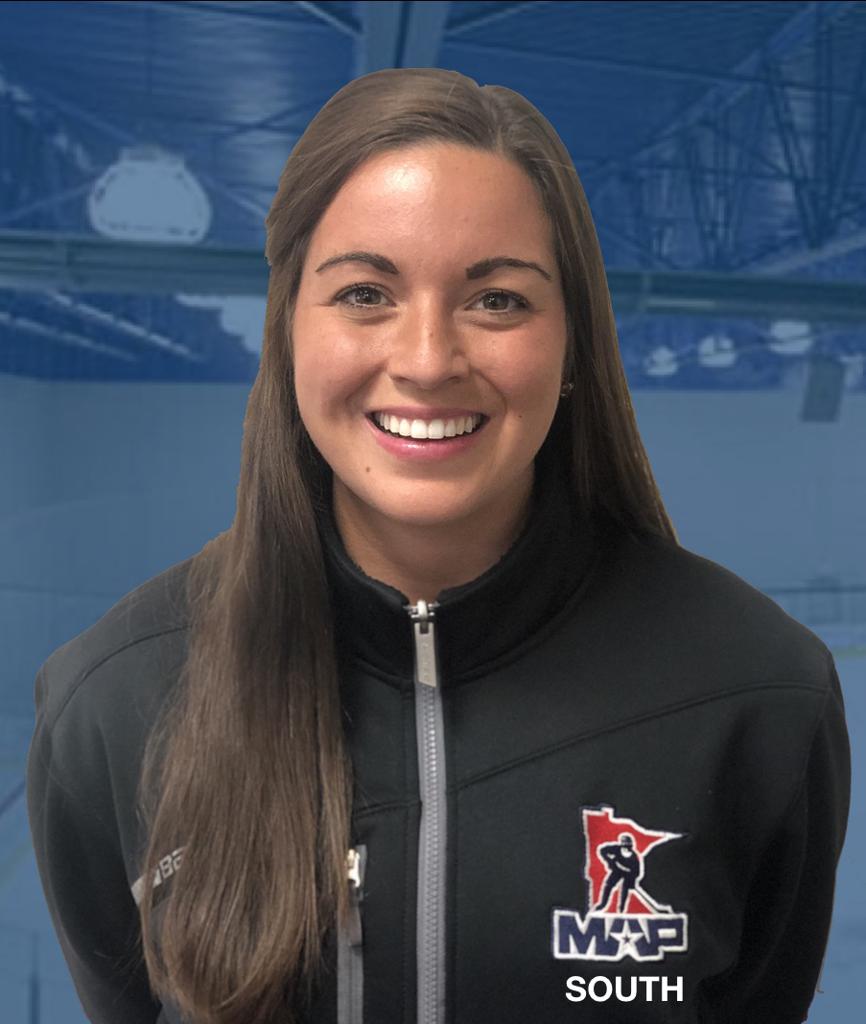 Kristi’s approach to coaching and development is an ideal fit with the rest of our team. We know that her ability to connect and make a difference in the lives of our girls is what’s most important. One of her personal goals for the MAP South Hockey Girls program is to “help (our) female athletes achieve their goals and dreams by providing them all the tools they need to be successful.”

With the addition of Kristi we further boost the impact for our athletes and the culture at our campus. We look forward to the continued growth and success of our MAP South Hockey Girls program with Kristi being a part of it.

Kristi can be reached via email at kristi.king@mapsouthhockey.com.