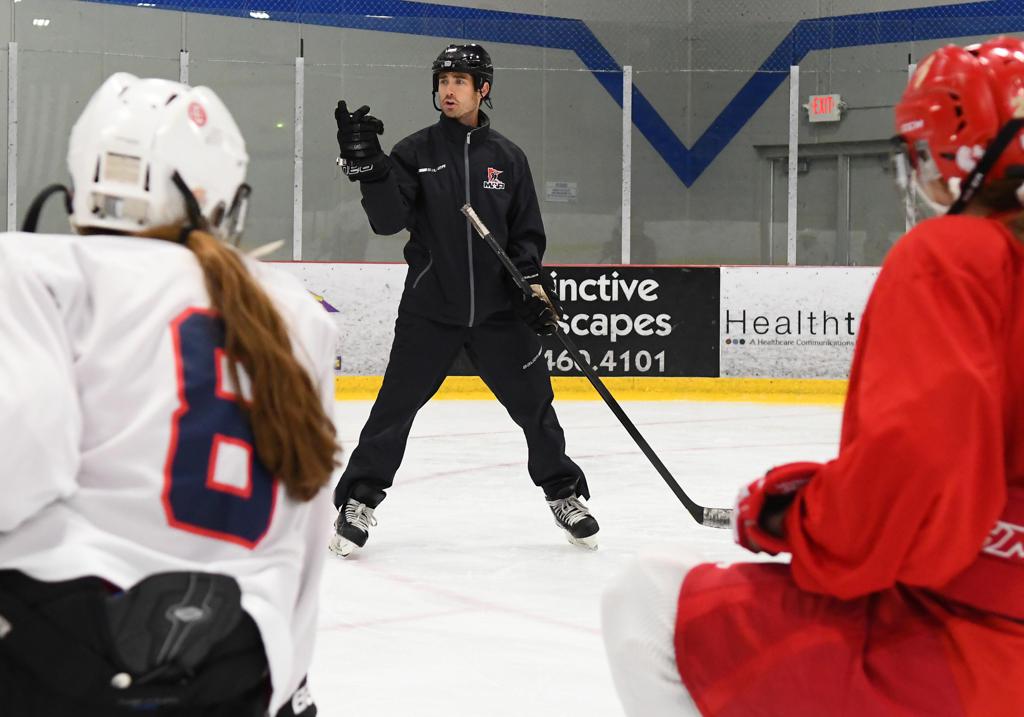 Hailing from Roseville, MN, Marty was a Raider from youth to high school. He capped off a dominant high school career in 2001, when he was chosen for the Mr. Hockey Award as the top high school player in the state. After a successful year with Sioux Falls in the USHL where he was named to the USHL All-Star Team, Marty’s career continued to prosper at Colorado College. During his time at CC, he was named First Team All-American, WCHA Player of the Year and most notably, winner of the 2005 Hobey Baker Award. Marty continued to the pro ranks for 10 years, including multiple seasons in the AHL for Iowa and Lake Erie. Marty has an evident passion for the game and looks to pass on the knowledge that he has amassed over a storied career. He adds a powerful influence to all of our groups, regardless of age.